MicroRNA May Give Clue to Schizophrenia’s Voices

MicroRNA May Give Clue to Schizophrenia’s Voices

Quieting the “voices” and other hallucinations of schizophrenia should be focused on targeting specific microRNAs (miRNAs) that disrupt the normal flow of information along neural pathways, this according to new research from investigators at St. Jude Children’s Research Hospital. The scientists have identified small RNA sequences that help explain the auditory hallucinations experienced by individuals with schizophrenia. The team hopes that the findings might provide a basis for future treatments with reduced side effects. 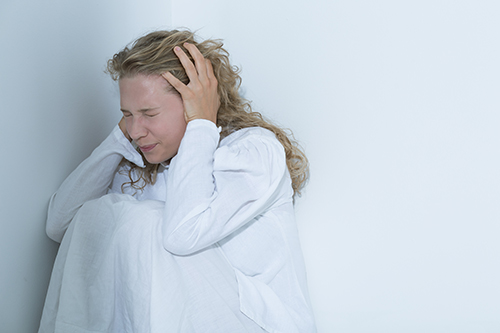 Building on their previous research, the St. Jude’s team provided new details about the molecular mechanism that disrupts the flow of information along a neural circuit connecting two brain regions involved in processing auditory information. The findings also provide clues about why psychotic symptoms of schizophrenia are often delayed until late adolescence or early adulthood. Work from this study was performed in a mouse model that represents one of the genetic causes of schizophrenia.

“In 2014, we identified the specific circuit in the brain that is targeted by antipsychotic drugs. However, the existing antipsychotics also cause devastating side effects,” explained senior study investigator Stanislav Zakharenko, M.D., Ph.D., a member of the St. Jude department of developmental neurobiology. “In this study, we identified the miRNA that is a key player in disruption of that circuit and showed that depletion of the miRNA was necessary and sufficient to inhibit normal functioning of the circuit in the mouse models.”

“We also found evidence suggesting that the miRNA named miR-338-3p could be targeted for development of a new class of antipsychotic drugs with fewer side effects,” Dr. Zakharenko added.

There are more than 2000 miRNAs whose function is to silence expression of particular genes and regulate the supply of the corresponding proteins. Using a mouse model of the 22q11 deletion syndrome, St. Jude researchers identified miR-338-3p as the miRNA culprit controlling the production of the protein D2 dopamine receptor (Drd2)—a prime target of antipsychotics.

The findings from this study were published recently in Nature Medicine in an article entitled “Thalamic miR-338-3p Mediates Auditory Thalamocortical Disruption and Its Late Onset in Models of 22q11.2 Microdeletion.”

The researcher found that Drd2 increased in the auditory area of the thalamus when levels of the miRNA declined. Dr. Zakharenko and his colleagues previously linked elevated levels of Drd2 in the auditory thalamus to brain-circuit disruptions in the mutant mice. Moreover, previous reports noted that the protein was elevated in the same brain region of individuals with schizophrenia, but not healthy adults.

Individuals with the 22q11 deletion syndrome are missing part of chromosome 22, leaving them with only one, rather than the standard two copies of more than 25 genes. The missing genes included Dgcr8, which facilitates production of miRNAs.

Interestingly, researchers have now linked the 22q11 deletion syndrome and deletion of a single Dgcr8 gene to age-related declines in miR-338-3p in the auditory thalamus. The decline was associated with an increase in Drd2 and reduced signaling in the circuit that links the thalamus and auditory cortex, a brain region implicated in auditory hallucination. Levels of miR-338-3p were lower in the thalamus of individuals with schizophrenia compared to individuals of the same age and sex without the diagnosis.

Replenishing levels of the miRNA in the auditory thalamus of mutant mice reduced Drd2 protein and restored the circuit to normal functioning—suggesting that the miRNA could be the basis for a new class of antipsychotic drugs that act in a more targeted manner with fewer side effects. Antipsychotic drugs, which target Drd2, also restored circuit function.

These new findings provide much-needed insight into the age-related delay for the onset of schizophrenia symptoms. The investigators noted that miRNA levels declined with age in all mice, yet mutant mice began with lower levels of miR-338-3p.

“A minimum level of the miRNA may be necessary to prevent excessive production of the Drd2 that disrupts the circuit,” Dr. Zakharenko concluded. “While miR-338-3p levels decline as normal mice age, levels may remain above the threshold necessary to prevent overexpression of the protein. In contrast, the deletion syndrome may leave mice at risk for dropping below that threshold.”