Those who want to live longer may want to include some spicy food in their diet. Findings of a new study have revealed that eating hot red chili peppers regularly may help people live longer.

A new study from the Larner College of Medicine at the University of Vermont (UVM) found regularly consuming red hot chili peppers could lead to a “13% reduction in total mortality — primarily in deaths due to heart disease or stroke.” In layman’s terms, this means the spicy peppers will help you, um… die less. So don’t feel guilty if you want to invest a couple hundred dollars into your growing hot sauce collection. 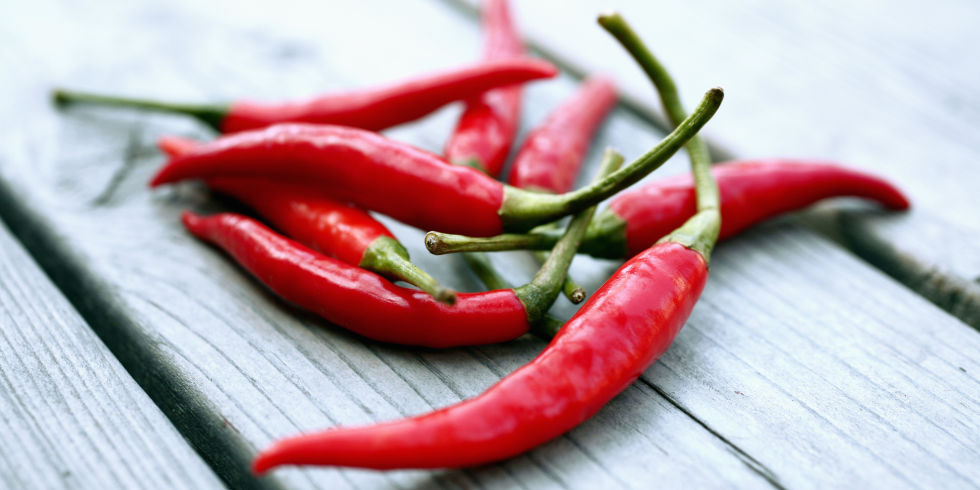 For centuries, peppers and spices have been an integral part of many ethnic cuisines, as well as thought to be beneficial in the treatment of diseases. However, until now, only one other study—conducted in China and published in 2015—has previously examined chili pepper consumption and its association with mortality. The new study from UVM scientists corroborates the earlier study’s findings. The findings from the study were published recently in PLOS ONE in an article entitled “The Association of Hot Red Chili Pepper Consumption and Mortality: A Large Population-Based Cohort Study.”

“Our objective was to analyze the association between consumption of hot red chili peppers and mortality, using a population-based prospective cohort from the National Health and Nutritional Examination Survey (NHANES) III, a representative sample of US noninstitutionalized adults, in which participants were surveyed from 1988 to 1994,” the authors wrote. “The frequency of hot red chili pepper consumption was measured in 16,179 participants at least 18 years of age.”

The UVM team examined the baseline characteristics of the participants according to hot red chili pepper consumption. Interestingly, they found that consumers of hot red chili peppers tended to be “younger, male, white, Mexican-American, married, and to smoke cigarettes, drink alcohol, and consume more vegetables and meats…had lower HDL-cholesterol, lower income, and less education,” in comparison to participants who did not consume red chili peppers. The investigators examined data from a median follow-up of 18.9 years and observed the number of deaths and then analyzed specific causes of death.

Because correlation does not equate causation, the researchers are anxious to elucidate a molecular mechanism that may explain the red chili peppers’ health benefits.

“Although the mechanism by which peppers could delay mortality is far from certain, Transient Receptor Potential (TRP) channels, which are primary receptors for pungent agents such as capsaicin (the principal component in chili peppers), may in part be responsible for the observed relationship,” the authors penned.

The fact that capsaicin is believed to play a role in cellular and molecular mechanisms that prevent obesity, modulate coronary blood flow, as well as possess antimicrobial properties that may alter the gut microbiota, indirectly affecting the host, lends credence toward this compound being integral in the peppers’ health benefits and worthy of further study.

“Because our study adds to the generalizability of previous findings, chili pepper—or even spicy food—consumption may become a dietary recommendation and/or fuel further research in the form of clinical trials,” concluded lead study author Mustafa Chopan, a medical student at Larner College of Medicine.