Chinese scientists have extracted a medicinal compound from the natural herb, thunder god vine, which targets cell metabolism and could help tackle obesity.

Celastrol, extracted from thunder god vine, an artemisinin, developed from sweet wormwood, are among five herbal compounds listed by the scientific journal Cell to have the most potential to treat illnesses where no cure has been discovered, such as cancer. 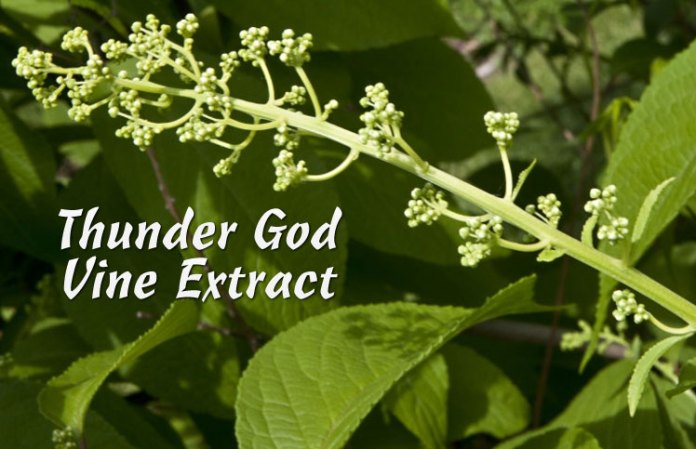 The discovery of artemisinin won Chinese scientist Tu Youyou a Nobel Prize in 2015.

The research team led by Zhang Xiaokun, professor with the College of Medicine at Xiamen University, found that celastrol from the thunder god vine could clear inflamed mitochondria from cells to alleviate inflammation.

Mitochondria plays an integral role in cell death, immunity and inflammation. By affecting inflamed mitochondria, celastrol can help to control the cell metabolism.  The team carried out the research on mice and found that celastrol could effectively control weight increases in mice feeding on high fat food.

The research paper was published in science journal Molecular Cell on April 6.

His research has been supported by the National Nature and Science Foundation and Xiamen South Sea Center.

Like sweet wormwood, thunder god vine is native to China though it also grows in other East Asian countries. The herb has been used in traditional Chinese medicine for treating arthritis and autoimmune diseases.

However, the whole plant is extremely toxic. It must undergo a lot of processing to reduce toxicity before being used in traditional medicine. In modern research, the plant has been used in clinical trials on AIDS treatment. Its compounds have been found to have the potential to treat joint pain and rheumatoid arthritis.