Cytotoxicity Assays are widely used by researchers and by the pharmaceutical industry to investigate the toxicity of compounds on cellular systems. Cytotoxicity assays provide a rapid, sensitive and validated approach to quantify harmful-dose ranges of compounds and to analyze the biological effects of toxicity on living cellular systems. Additionally, cytotoxicity testing can be used for quality control purposes for lot release testing of raw materials or of manufactured drug products. 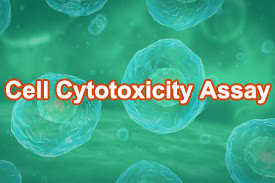 Medicilon can offer multiple readouts for quantifying the cytotoxicity of compounds, including colorimetric, fluorescent and luminescent assays that can be multiplexed with apoptosis or viability measurements. Our wide range of testing platforms includes the MultiTox-Glo Multiplex Cytotoxicity Assay and the ApoGlow, MTT, XTT, MTS, and LDH assays.

In vitro testing using primary cells can quickly screen for new chemical entities with serious toxicology consequences. Using primary cells derived from human tissues, the relative risk can be determined in multiple organs over a population of donors. The following in vitro cytotoxicity assays using the specified endpoints have been developed in our laboratory. With our ready inventory of human and cynomolgus monkey, cells scheduling is not an issue. Contact IVAL to begin designing your study today.

Cytotoxicity is typically defined as the loss of membrane integrity as measured by membrane-impermeable dye uptake or the release of intracellular enzymes into the extracellular media. Promega offers multiple readouts for quantifying cytotoxicity. 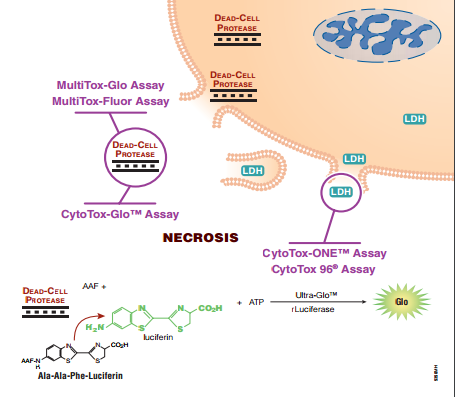 The CytoTox-Glo Assay is the most sensitive method available for measuring cytotoxicity. The assay quantifies the extracellular activity of an intracellular protease (dead-cell protease) when the protease is released from membranecompromised cells. The amount of luminescence directly correlates with the percentage of cells undergoing cytotoxic stress.

3.CytoTox-ONE Homogeneous Membrane Integrity Assay
The CytoTox-ONE Assay is a fluorescent method to rapidly measure the activity of lactate dehydrogenase (LDH) released into the culture medium from cells with damaged cell membranes (non-viable cells). The amount of fluorescent product produced is proportional to the number of dead cells present.